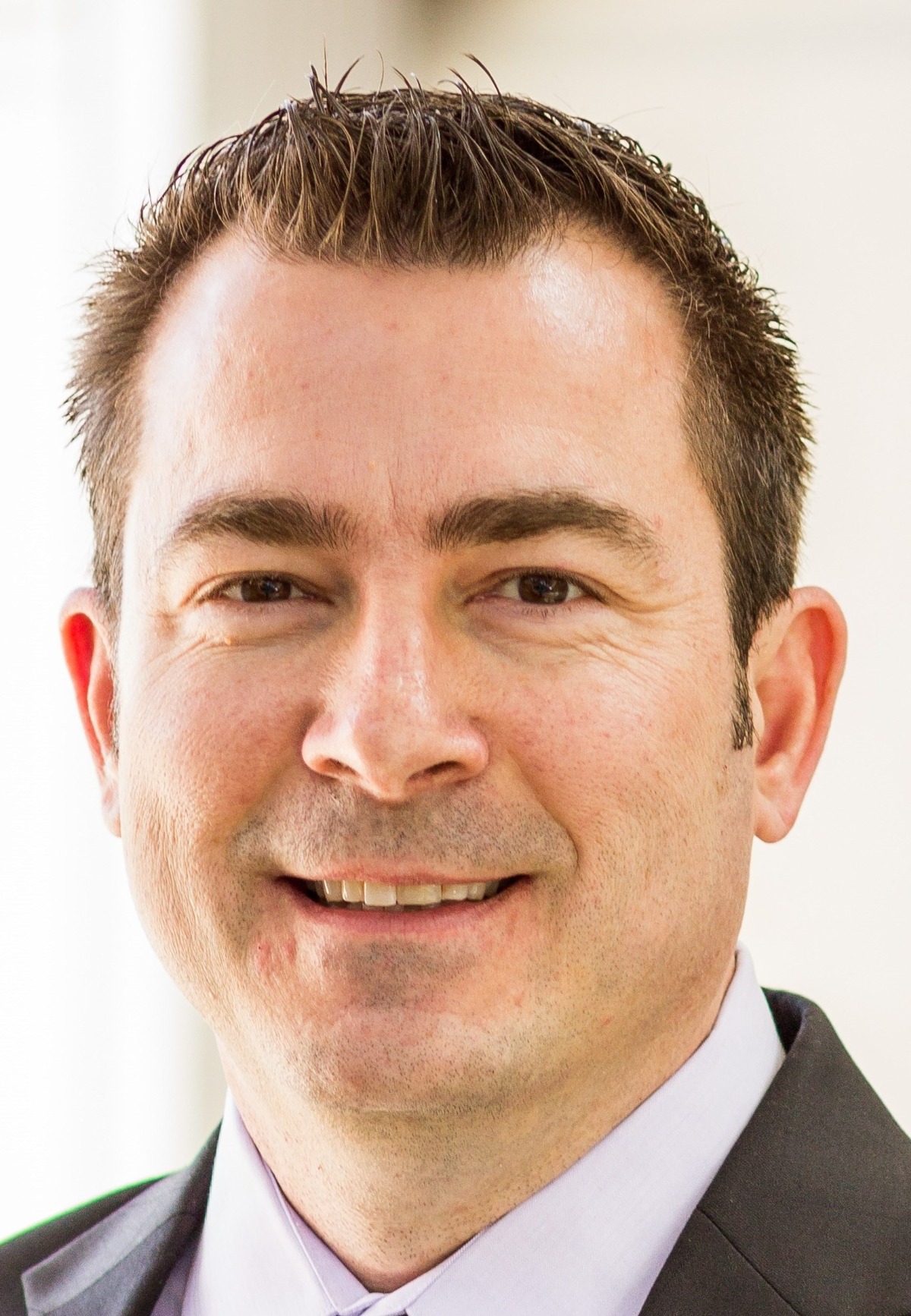 Craig VanBuren is the current NCWM Chairman and serves on the NTEP Committee.
VanBuren attended Michigan Technological University, earning a Bachelor of Science in Mechanical Engineering.  VanBuren started his career in the automotive industry; first designing chassis for motor homes and later designing parts for a Tier 1 supplier to Ford Motor Company. VanBuren began work for the State of Michigan as a field Metrologist in 2000.  He later transferred into the laboratory after training at NIST in basic, intermediate and advanced mass calibrations.  VanBuren became the Metrology Lab manager in 2003 and served in that role until 2010 when he became the Director of the Consumer Protection Section.  The Section administers the State’s Metrology Lab, Motor Fuels Quality Program and the Weights and Measures Program.
VanBuren has been active in the Central Weights and Measures Association (CWMA) serving currently as a member on their Executive Committee.  VanBuren has previously served as Chair for the Credentials Committee for NCWM in 2014. 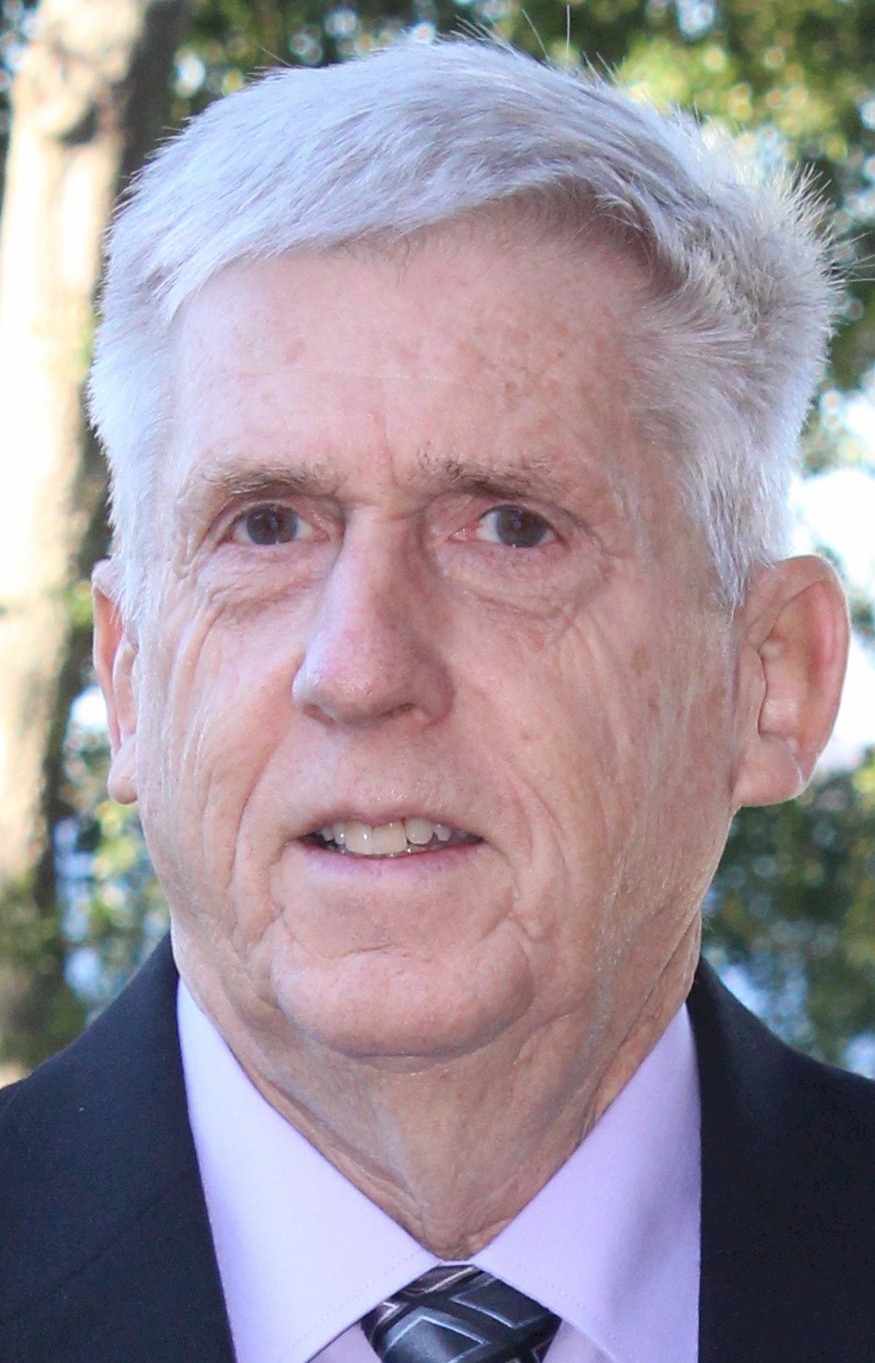 Florida Department of Agriculture and Consumer Services
Hal Prince serves as the NCWM Chair-Elect and on the NTEP Committee.
Prince began his weights and measures career with the Maine Department of Agriculture as an inspector in 1990 and remained with the department for twenty years.  During that time, he fulfilled the roles of Inspector, Analyst, Program Manager and Director of the Division of Quality Assurance and Regulations where he received the Governor’s Safety Award and Employee of the Year.  Prince attended the NIST Basic Metrology training in 1997 for mass, volume and length after which he assisted in the Maine Metrology Lab.
Hal has worked in private business, local government and state and federal regulatory enforcement. Serving on many food safety, fertilizer and dairy boards and committees as well as being the liaison to several legislative committees. Upon his retirement from Maine, Prince received a rarely awarded Legislative Proclamation for his service, signed by numerous Senators and Representatives with whom he had worked.
After relocating to Florida in 2012, he accepted a position with the Florida Department of Agriculture and Consumer Services where he briefly worked in several field inspector position, as an Administrator and, since 2016, Bureau Chief of the Bureau of Standards.
Over his twenty-three years of association with the NCWM, beginning as a Sergeant-at-Arms in Portland, Maine in 1995, Hal has served on the Awards Committee, FALS Committee, MPFS Task Group, Nominating Committee, PALS Committee, L&R Committee and is currently chairing the Skimmer task group.
Since moving to Florida in 2012, Prince has been an active member of the Southern Weights and Measures Association (SWMA) where he served on and chaired the L&R Committee and is serving as the association’s president in 2017-2018. 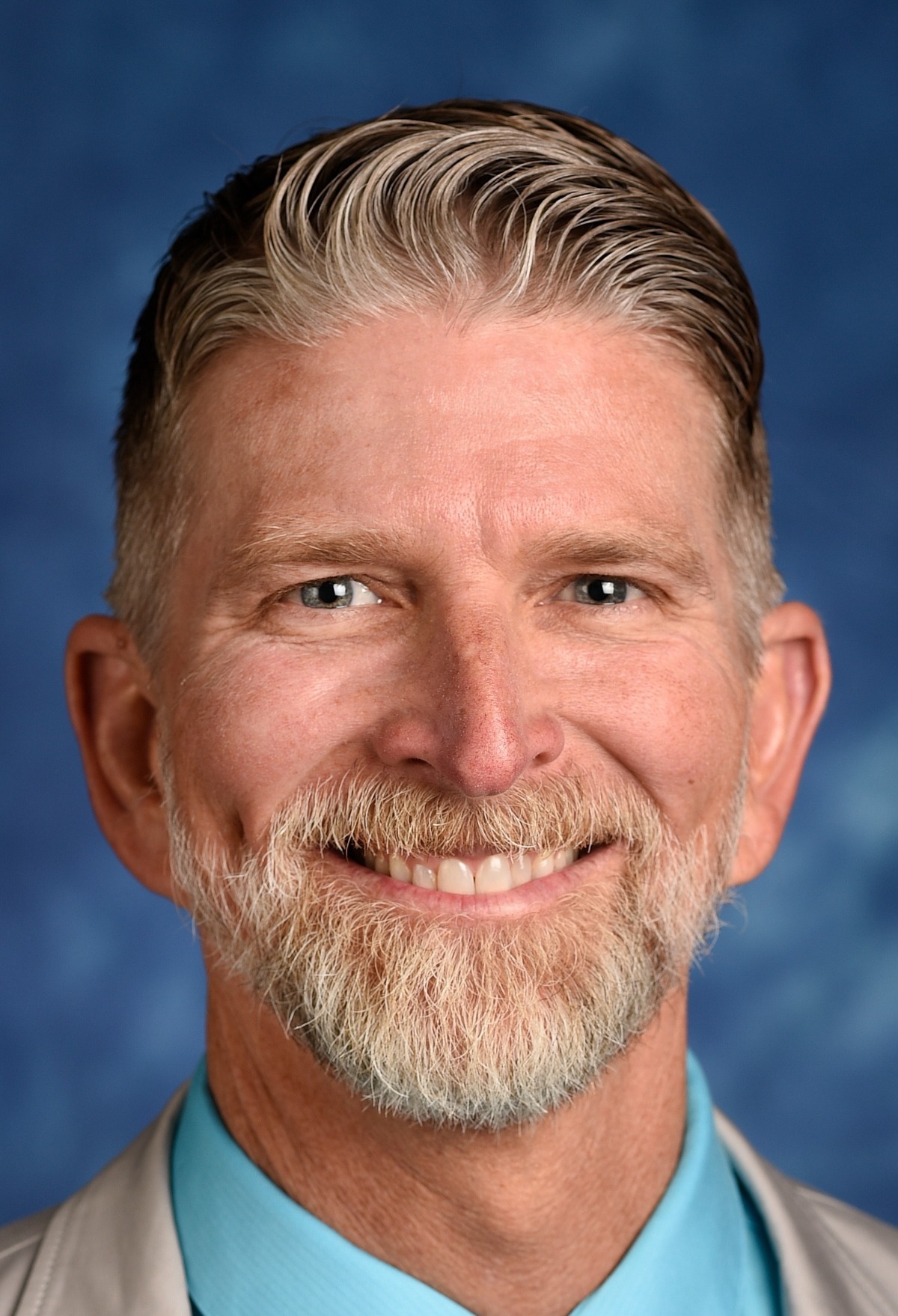 Raymond Johnson serves as the NCWM Treasurer.  Johnson has previously served on the NCWM Credentials Committee (chaired) and the Laws and Regulations Committee, acting as Chair in 2013 and 2014.  He also served on the Natural Gas Steering Committee.

Johnson earned a Bachelor of Science degree in Criminology from Florida State University in Tallahassee, Florida.  For the past 14 years, Johnson has been an Assistant Division Director for the Standards and Consumer Division of the New Mexico Department of Agriculture which oversees the inspection and testing of scales, packages, price verification, eggs, dairy open dating and green chile.  For 7 years prior to that Johnson was an Inspector in the Consumer Services Bureau in Albuquerque conducting inspections of the same.
In addition, Johnson has been active in the Western Weights and Measures Association (WWMA) serving on the Nominating Committee (Chair), Honors and Awards Committee, Auditing Committee, Resolutions Committee and the Specifications and Tolerances Committee (2 terms and acted as chair twice).  Johnson also served as WWMA President in 2010 and is a recipient of the Ray Rebuffo Award for outstanding service to the WWMA. 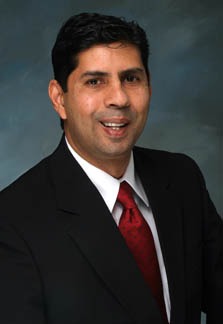 Mahesh Albuquerque serves as the Western Regional Representative of the NCWM Board of Directors and on the FALS Committee.  He served as a member of the Specifications and Tolerances Committee from 2012 to 2016, and served as Committee Chair in 2015 and 2016.
He served as Chair of the Natural Gas Steering Committee and also served on the NIST U.S. National Working Group for Development of Hydrogen Measurement Standards.
Albuquerque joined the State of Colorado Division of Oil and Public Safety in 1999 and has served as its Director since 2008.  The Division of Oil and Public Safety, administers laws and regulations aimed at ensuring environmental protection, weights and measures and public safety.
He is also an active member, the current Secretary/Treasurer, and a past (2014) president of the Western Weights and Measures Association (WWMA).  He also served on the Specifications and Tolerance Committee beginning in 2009 and later serving as its Chairman in 2012.  Mahesh works closely with the USEPA on petroleum storage tank programs, and is an active member of ASTM International. 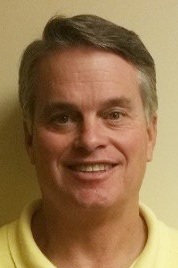 Gene has been an active member in the Southeastern Weights and Measures Association (SWMA) for several years.  He served on the Laws and Regulations, Professional Development, and Executive committees.  Robertson was also a past SWMA President.

Robertson earned a Bachelor of Science in Agriculture Business at the Mississippi State University.  From 1982 to 1993 he worked as a Catfish Farm Manager and Cotton Gin Manager. From 1993 to 2003, he was an Aquaculture Specialist/Market Specialist for the Mississippi Department of Agriculture where he is currently employed.  Gene’s current responsibilities include Deputy Bureau Director of Regulatory Services, Grain Warehouse/Dealer Licensing, Aquaculture Coordinator, Egg Marketing Board Member, Mississippi Emergency Management Agency Representative.

In addition to NCWM and SWMA, Gene is professionally involved with the Association of Grain Regulatory Officials, Mississippi Aquatic Invasive Species Council, and National Association of State Aquaculture Coordinators.

During his spare time, Gene enjoys hunting, traveling and spending time with his grandchildren. 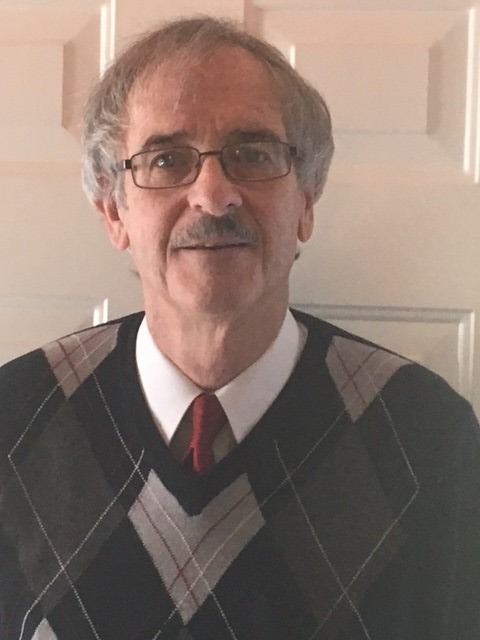 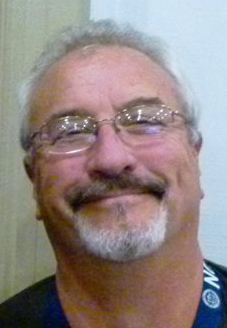 Hankins served 6 years of active duty with the Marine Corps in a position that would later help him to be hired with the State of Iowa as a Fuel Specialist. Semper Fi!

Ivan Hankins joined Iowa’s Weights and Measures Bureau in 1986 as an Lp inspector.  Over his 33 years with the department, he has held every position offered by the Bureau.  Ivan became active with the Central Weights and Measures Association in 1993 and has served on all standing committees, occasionally, more than once, and served as chair 2011-2012.
In 2008, Ivan attended his first NCWM Meeting.  He served as a member on the S&T Committee and later as Chair.  Hankins later accepted a position on the Board of Directors as Central Region Representative.  Hankins also serves on the Cannabis Task Group, is a member of the Moisture Meter Sector and has the honorary position of NCWM Poet Laureate.
Ivan's Motto over the last thirty years is: “That Equity May Prevail.  One must keep this at the forefront, and believe it, because it’s so easy to get discouraged and quit”. 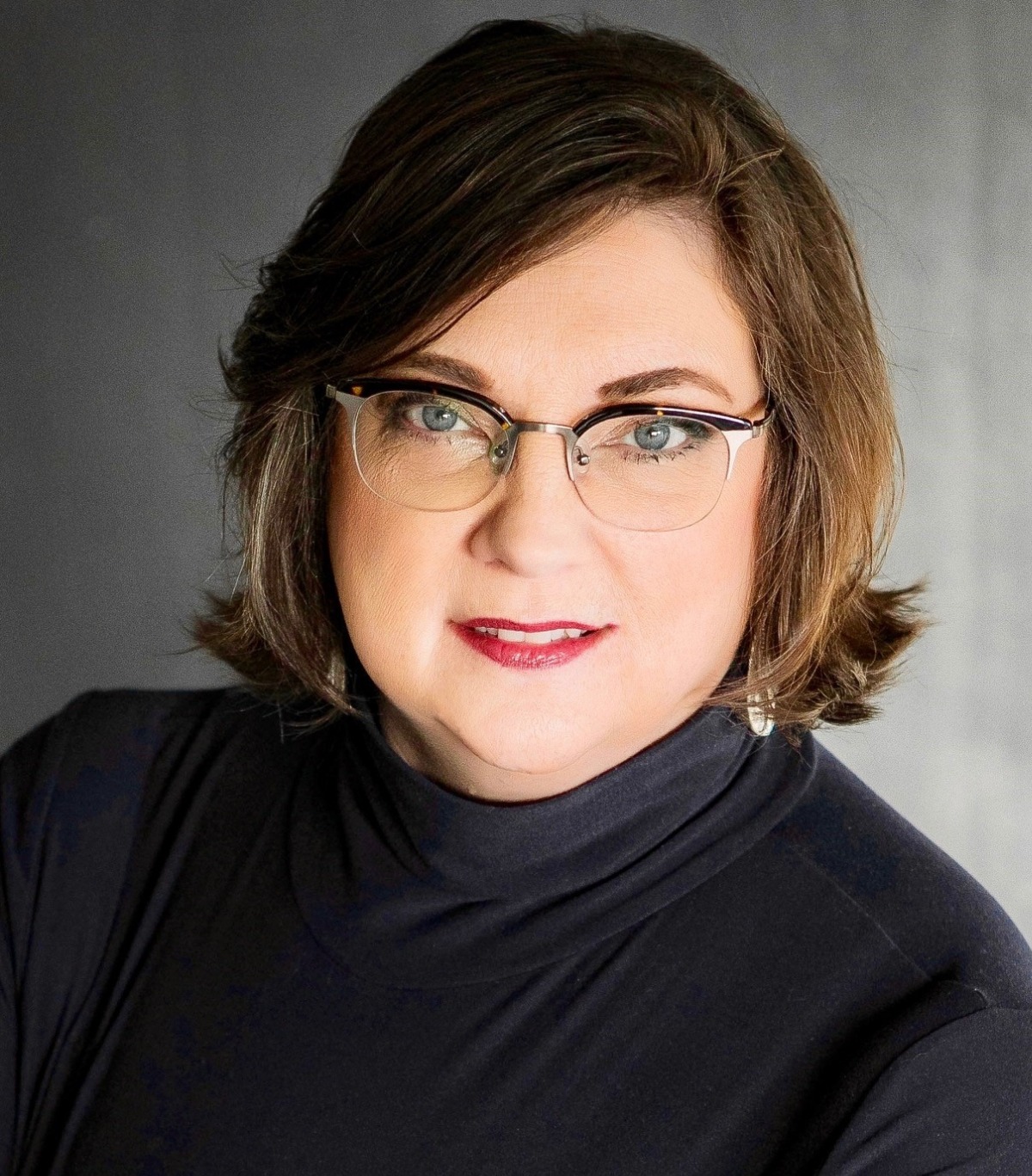 MARC-IV Consulting
Rebecca Richardson serves as an At-Large member of the NCWM Board of Directors.

Rebecca is Regulatory and Legislative Specialist and Fuel Quality Manager at MARC-IV Consulting where she provides biodiesel technical support, guidance, training and education to fuel quality regulators and others in the diesel and biodiesel industry.  She holds a Bachelor of Science and Masters of Education from the University of Illinois.  Richardson has been the meeting and education planner for the American Oil Chemists Society, Director of Education for the Society of Animal Science, and Director of Operations and Policy for the Illinois Soybean Association.

At the 2017 NCWM Annual Meeting, Rebecca was awarded the Outstanding Contributions Award in recognition of her services to NCWM. 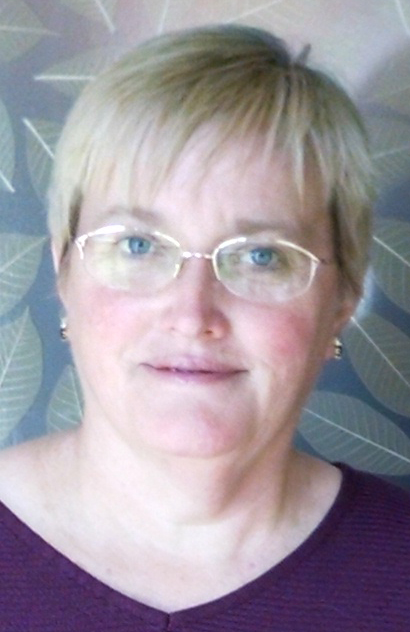 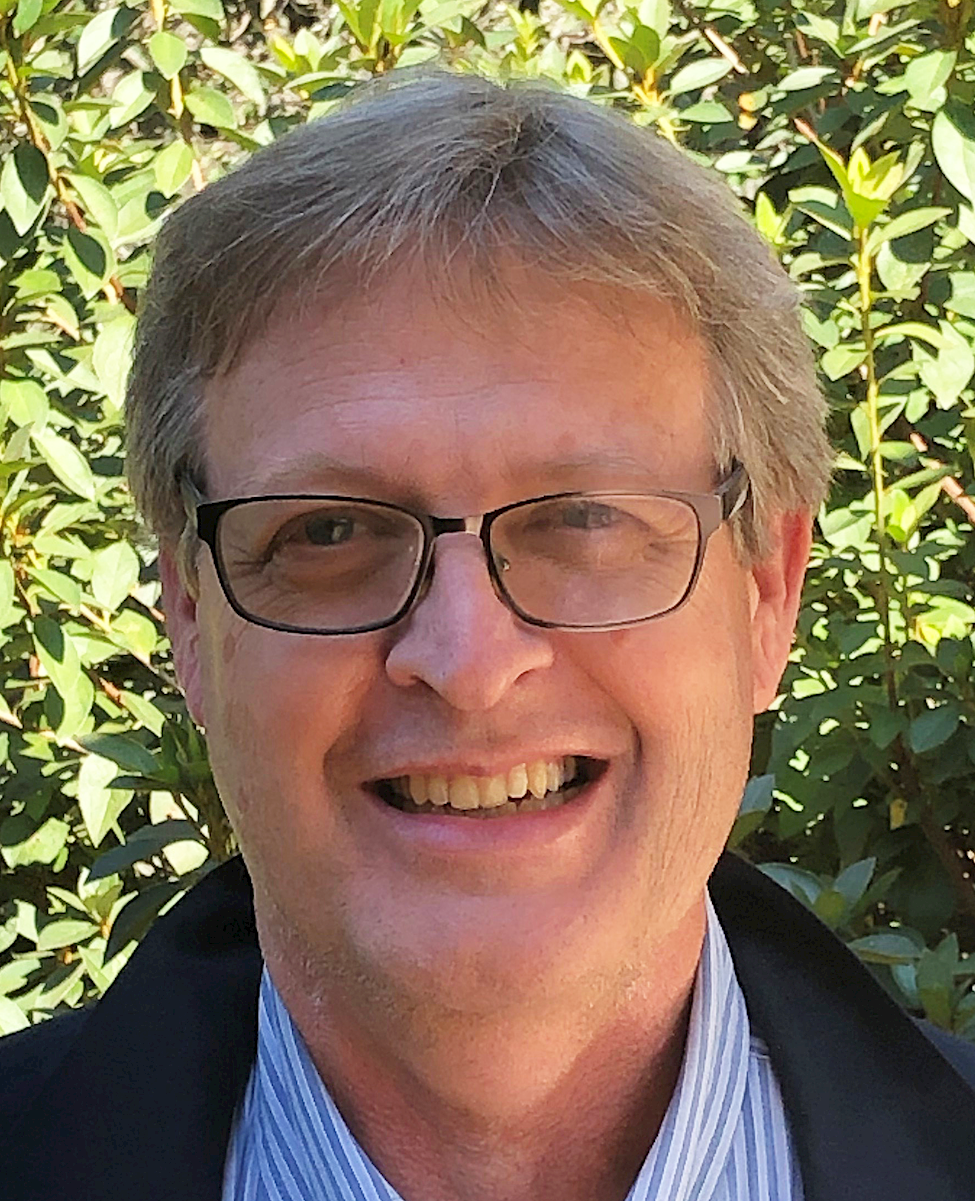 Guay is a Regulatory Fellow in North American Technical External Relations at The Procter & Gamble Company and has been responsible for P&G’s Proposition 65 compliance procedures and influence programs since 1996.  In these roles, he has had to develop programs focused on ensuring products are complaint with Prop 65 requirements, systems to educate and train employees and managers about Prop 65 and approaches for commenting on proposed regulations and chemical listings.  Chris has degrees in chemical engineering, management and finance.